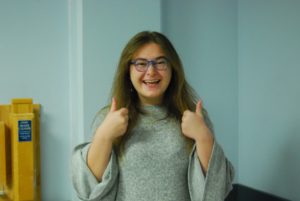 WASHINGTON, D.C. — Sources report that area woman Rebecca Hanson, who proudly attended the Jan. 20 D.C. Women’s March to protest President Donald Trump’s administration, will be too busy to vote in the next election. “Empowered women empower women,” commented Hanson, who will say she “just didn’t have time” in approximately ten months. “Time is running out for that lunatic and his party of misogynists,” she continued, unaware that she will soon contribute to the consistently low voter-turnout rates for midterm elections. “2018 is our year!” At press time, Hanson’s “The future is female” poster was seen already collecting dust in the far corner of her garage.