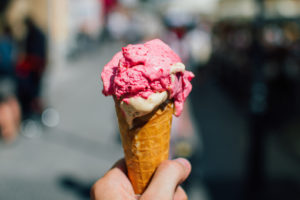 Point Police Brutality Is A Systemic Issue That Must Be Addressed

Half a century after the Civil Rights Movement, black people in this country are still not only denied equal protection under law, but are also being outright targeted by law enforcement. The very people who claim to “serve and protect” systematically slaughter innocent people of color without any legal justification, and enough is enough. According to The Washington Post, 761 people have been shot and killed by the police in 2016 — that is nothing short of outrageous. Most of these officers, facing minimal consequences ,if any, essentially walk away free after committing cold-blooded murder. It is time to hold police departments accountable, to start a dialogue about racial sensitivity in law enforcement, and to facilitate more harmonious relations between police and civilians.

Have You Seen That Video Of The Cop Giving People Ice Cream Cones?

You know what, I’ve had enough of people disrespecting our boys in blue. Yeah, it sucks when they have to shoot some street thug, but you only see that side of them because of the liberal media bias. Have you even seen that video going around Facebook of the police officer pulling people over to give them ice cream cones on a hot day? He went above and beyond the call of duty to help out good citizens, just like all cops do every day. Of course NBC won’t have their camera crew out to cover that, but the moment a brave police officer looks death in the eye as a menacing 12-year-old points a water pistol at him and has to shoot him out of self-defense, the media swarms the scene. People only see one side of these officers, and it’s shameful. We should all strive to be more like the police officers handing out ice cream cones, and maybe one day we’ll even be as good as the cops who gave out “free hugs” or all did the Harlem Shake — but that starts with respecting our boys in blue. #BlueLivesMatter.