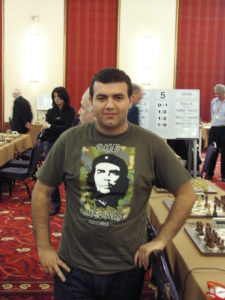 WESTWOOD – Reporting feelings of great confusion, sources have stated that it is unclear how many layers of irony UCLA student James Kaplan, who recently wore a Che Guevara t-shirt on campus, was going for. “There’s got to be at least one, right?” said second-year Ryan Shapiro, who has frequently seen Kaplan wearing the shirt. “Like, ‘Hey, look at me, I’m one of those guys who wears Che Guevara shirts! I’m so rebellious and edgy!’ But what if it goes even deeper and he’s ironically making fun of those people who… god, my head’s starting to hurt.” Senior Rebecca Garber agrees that it is difficult to fathom the true depth of Kaplan’s assumed irony. “It’s not actually possible he’s wearing it sincerely. No, there’s got to be a multi-layer thing going on here.” At press time, confused spectators tried to decipher the ostensible meaning of Kaplan using a cassette player while strolling through Ackerman.