It’s been one heck of an election year, folks. And I don’t know about y’all, but I had a swell time. From eating corn dogs in Iowa to eating corn dogs in Texas, I’ve had the time of my life touring the good ol’ U-S-of-A and eating food named after dogs. What’s more, I’ve made a lot of new friends along the way. So many, in fact, that I’ve put together a little presentation to show off some of my closest friends. 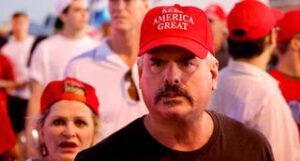 I was at a Denny’s in Omaha, just finishing up my Grand Slam™, when Richard and his sister Barbara (left) came in after a night on the town. They walked up to my table and asked me if I had seen any “Antifa” around. I hadn’t seen their Auntie, since my Uber driver had just kicked me out of his car for spilling hot dog water on the back seat, but I know a thing or two about family members running away, so I promised to help them look. I told them we should split up to cover more ground, and gave Richard my number so he could call me if he saw anything. Unfortunately, five minutes later I chased a squirrel across the highway and was hit by an eighteen wheeler. 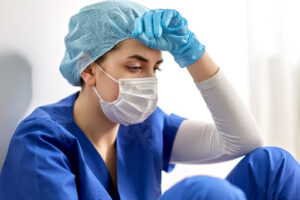 I met Sarah while in traction at a hospital in Kansas City. She was wearing this funny mask for some reason, but I wasn’t able to ask her about it because my jaw was wired shut. Despite this, we became fast friends. Her, changing my sheets and feeding me liquified chili dogs through a straw (my request), and me, slowly regaining feeling in my arms and legs. Things were going pretty great when Sarah came in one day to tell me I had something called “COVID-19”. Classic Sarah, always using complicated medical phrases like “COVID” and “emitting a dangerous amount of body odor.” Anyway, over the next few days, I had a lot of doctors visit my room, and Sarah told me that they would have to put me on a ventilator. Now, I still don’t know what a ventilator is, but I do know that when I woke up three months later, Sarah had quit, and I was off once again to explore the country. 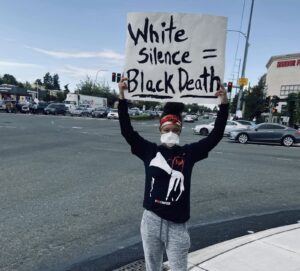 I was nearing the end of my trip when I came upon a parade in downtown Philadelphia. They were chanting something, and since the only thing I love more than a parade is a good chant, I decided to join in. Up at the front was where I met Stacy. She gave me her sign to hold and we all stopped to kneel for a while, which was nice because I was getting kind of tired. Then a bunch of policemen showed up. Apparently the police in Philadelphia aren’t big fans of parades, because they started yelling at us and sprayed us with pepper spray, which wasn’t really cool of them. When I regained my vision, Stacy was gone, which sucks because I still had her sign. Overall I’d rate Philadelphia eight cheesesteaks out of ten.

I know it’s been said before, but I truly think 2020 will go down as one of the best years in history, and we should all take a step back to think about all the great times and good friends we’ve made this year. And that’s what it’s really about, isn’t it? So when the results of this year’s election come in, keep in mind that, no matter who wins, the real president is the friends we made along the way.